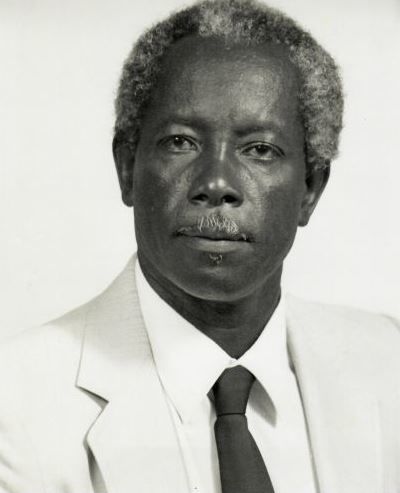 The official funeral of former legislator, Mr Cyril Lewis Walter, MBE, also known as Louis Walters, will be held on Friday, September 30, 2022.
A procession will leave from the vicinity of Manuel Reef at 9:00 am and proceed to the Sea Cow’s Bay Methodist Church. Please note that there will be no parking in the church lot and anyone entering the church is required to wear a mask.

A pre-service is scheduled for 9:30 am with the funeral service following at 10:30 am Interment will follow at the Greenland Cemetery. Official flags will be flown in the Territory at half-mast on September 29 and 30, 2022, at all Government buildings.

The body will lie in state at the Sea Cow’s Bay Methodist Church from 9:00 am to 4:30 pm on Thursday, September 29. During this time, the public will have an opportunity to pay their last respects between 10:00 am and 4:30 pm.

The former legislator died on September 13 at the age of 87.

He was first elected to the Legislative Council in 1986 and served for eight years consecutively as the Minister of Health, Education and Welfare. During his tenure, he also had the opportunity to act as Chief Minister.

The Government of the Virgin Islands joins the family and friends of the late Cyril Lewis Walters, MBE in mourning the passing of this past legislator and son of the soil.
#the Virgin Islands
Add Comment