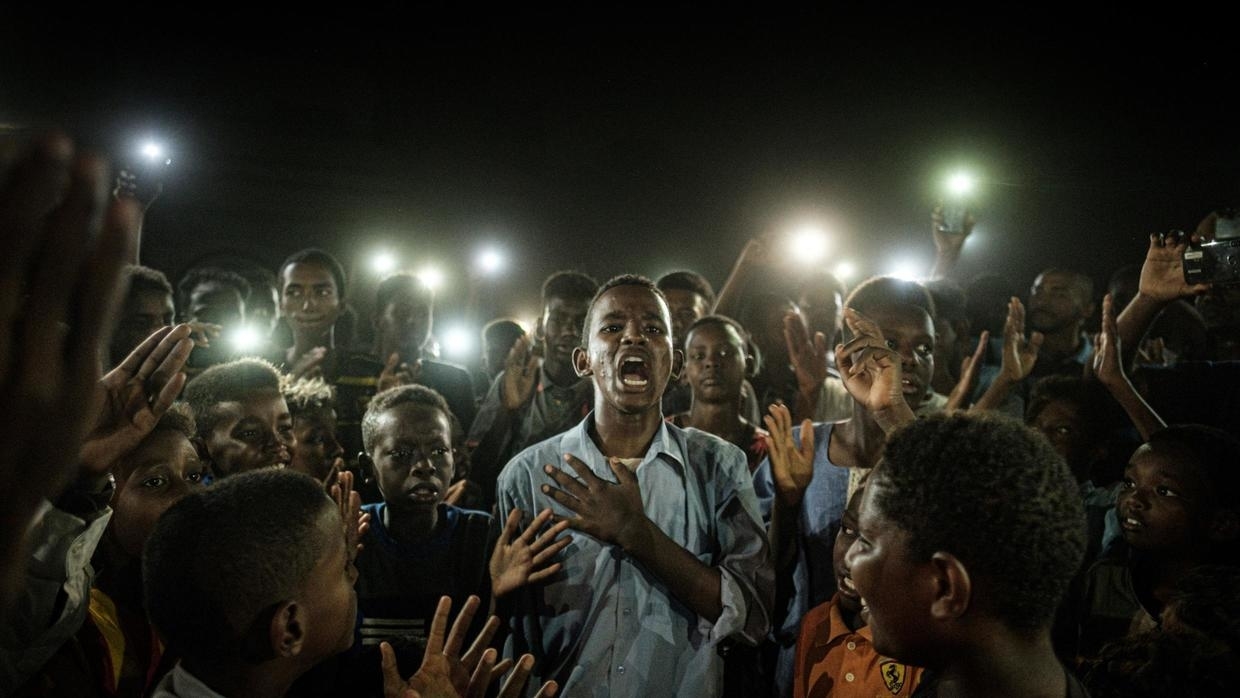 Yasuyoshi Chiba, a photographer with the Paris-based Agence France Presse news agency, has won the World Press Photo 2020 Award for a picture taken during the uprising in Sudan last year.

Taken on 19 June last year in Khartoum, Chiba's photograph shows a group of residents in the Sudanese capital chanting slogans while one man recites protest poetry.

"This moment was the only peaceful group protest I encountered during my stay and I felt touched by the undefeated solidarity of their revolution," Chiba told Agence France Presse.

“This moment was the only peaceful group protest I encountered during my stay. I felt their undefeated solidarity like burning embers that remain to flare up again.” - Yasuyoshi Chiba, World Press Photo of the Year winner. Learn more about the image: https://t.co/j7Jiur7KJC pic.twitter.com/ubB0clGn7y

The picture "showed that the people still had this passion inside and I felt part of it. I saw how the strong will of the people was there and that it could not be put out by violence," the 48-year-old Japanese photojournalist added.

Protests continued in the aftermath of the overthrow of long-time president Omar al-Bashir in April last year. A military government then took power but citizens demanded a return to civilian rule, with a power-sharing agreement finally being reached in August 2019.