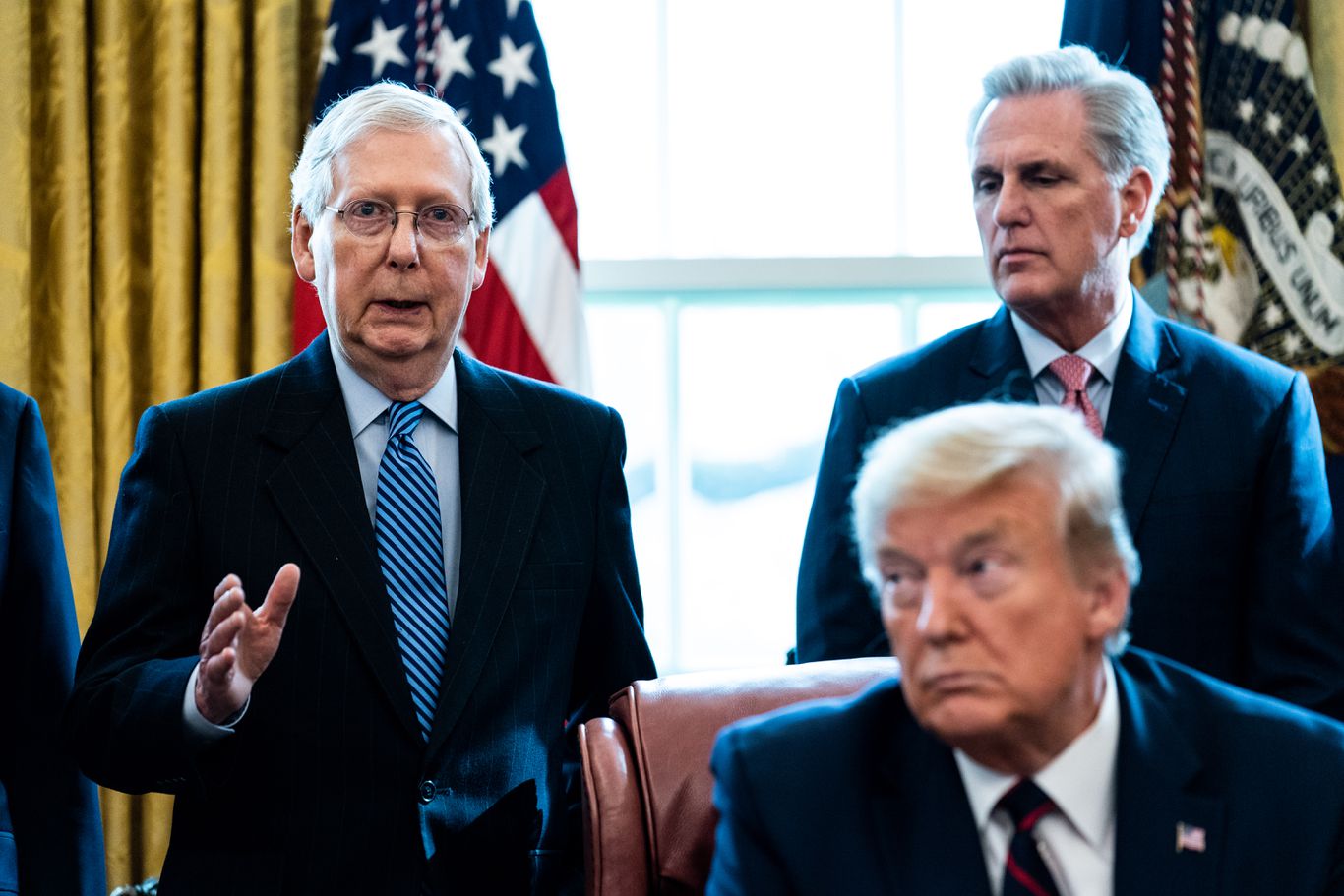 Top Republicans in Congress shot down President Trump's suggestion on Thursday to delay November's election, which he made on Twitter while claiming, without evidence, that mail-in voting will cause mass voter fraud.

Why it matters:: Congress, not the president, has the sole power to change the date of Election Day.

Senate Majority Leader Mitch McConnell (R-Ky.): “Never in the history of the country, through wars, depressions, and the Civil War have we ever not had a federally scheduled election on time, and we’ll find a way to do that again this Nov. 3 ... We’ll cope with whatever the situation is and have the election on Nov. 3 as already scheduled.”

House Minority Leader Kevin McCarthy (R-Calif.): “Never in the history of federal elections have we ever not held an election and we should go forward with our election.”

Sen. Lamar Alexander (R-Tenn.): “If we were to delay the election past Jan. 20, the president would be the speaker of the House. So I wonder if anyone’s thought about that. I’m just going to go check the Constitution to make sure I didn’t misread it."
Sen. Chuck Grassley (R-Iowa): “It doesn’t matter what an individual in this country says, we still are a country based on the rule of law, we must follow the law until either the Constitution is changed or until the law is changed.”

Sen. Thom Tillis (R-NC): "The election is not going to be delayed in spite of the fact that several states delayed the election but we got to make sure that we have the resources and we don't have the debacle that we're seeing in say, the state of New York. The election is going to happen in November, period."

Rep. Rodney Davis (R-Ill.): "There will be no delay in the #2020Election. Congress sets the election date, and it should not be changed. It will be held on November 3rd, as planned and required by law."

Sen. Mitt Romney (R-Utah): "So I'm a fan of voting by mail. Secondly, of course we are going to have an election on time. It's unthinkable that that would not be the case.”

Sen. Kevin Gramer (R-N.D.): “I think that if you guys take the bait he'll be the happiest guy in town. I read it. I laughed I thought my gosh this is going to consume a lot of people, except real people. And it was clever.” Cramer told CNN's Manu Raju that he does not support a delay.

Sen. Ted Cruz (R-TX): “Election fraud is a serious problem we need to stop it and fight it, but no the election should not be delayed.”

Sen. John Barrasso (R-Wyo.): "No, we are not going to delay the election. ... We're going to have the election completed and voting completed by Election Day."
Add Comment