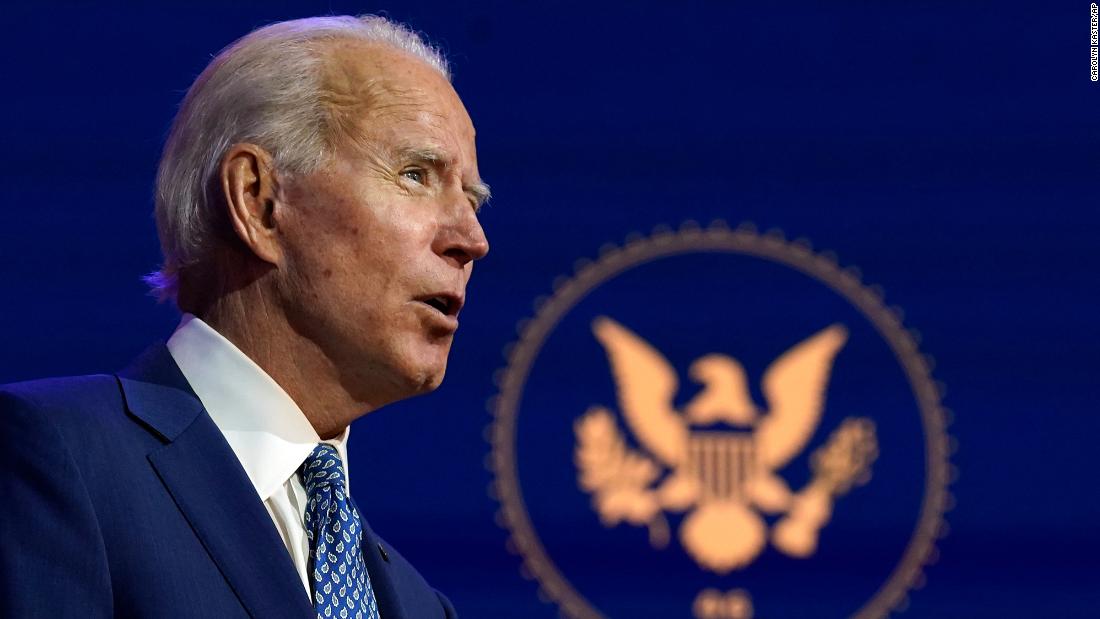 Joe Biden will be the 46th president of the United States -- and Wall Street is busy trying to figure out how to profit from that.

Monday's big market rally likely had more to do with the reported efficacy of the Covid-19 vaccine that Pfizer (PFE) and BioNTech (BNTX) are working on than Biden's victory.

But market strategists say investors need to start preparing for how a Biden presidency will impact certain sectors.

Infrastructure and solar set to shine

Solar companies and other leaders in the alternative energy industry are poised to be among the bigger beneficiaries of a Biden White House, but that potential windfall may already be priced into the stocks.

The Invesco Solar ETF (TAN) -- which trades under the appropriate ticker symbol TAN -- surged nearly 40% in the past three months on anticipation of a Biden win but has pulled back so far this week. The ETF owns big positions in SolarEdge Technologies (SEDG), First Solar (FSLR) and Sunrun (RUN).

Investors are also betting (and you've likely heard this before) that there will finally be a renewed focus in Washington on passing a big infrastructure spending bill.

There were hopes that the Trump administration would make infrastructure improvements one of its economic priorities, but that never happened. However the need to upgrade highways, railroads and bridges is even more pressing now given the jobs crisis brought on by the pandemic.

The Global X U.S. Infrastructure Development ETF (PAVE) has rallied this week and is up more than 15% over the past three months.

Experts also point to the fact that Biden, as vice president under Barack Obama, has experience helping the economy recover from a recession.

"Investors should take some solace in the notion that Biden will be in somewhat familiar waters as he begins his Presidency," said Jeff Schulze, investment strategist at ClearBridge Investments, in a report. "As Vice President, Biden took office in the midst of the global financial crisis and helped steer the economy back into an expansion characterized by steady but slow economic growth."

Funds focusing on environmental, social and governance (ESG) issues have also rallied in the past few weeks on expectations of a Biden win. The ESG wave is even impacting the fixed income market. State Street launched a new ESG-focused ETF dedicated to corporate bonds on Tuesday.

The new regime in Washington may also have an impact on the market beyond specific industries and sectors.

Biden's win could usher in a change in the types of investments that drive the overall market. Value stocks may once again thrive while tech and other high growth stocks finally see a slowdown in their epic gains.

"There could be a shift to value sectors like health care," said Andrew Rosen, president of Diversified Lifelong Advisors, in an interview with CNN Business.

"It's healthy to see the recent tech pullback. There needs to be more diversification."

Valuations for tech and other growth stocks may also come under pressure if the economy continues to rebound next year -- a scenario that could pick up pace once a Covid-19 vaccine becomes widely available.

Investors may soon rotate back into hard hit consumer stocks, many of which still pay solid dividends despite the pandemic. With that in mind, defensively oriented stocks -- companies with lots of cash and little debt -- could thrive.

International stocks, particularly those in markets like China that were a main target of Trump's trade wars, could rebound too.

"Emerging markets could benefit from less of an 'America First' policy under Biden," Rosen added. "He may try to fix some international relationships to pave way for less acrimonious trade policies."

Despite the early returns, it may be unwise to focus too heavily on how markets are doing in the immediate aftermath of the election. Short-term successes could also become longer-term investing flops.

"Financials were the best-performing sector on the day after the 2016 election, and that group, along with energy, were the top two over the ensuing month," ClearBridge's Schulze noted. "While these groups continued to show strength into early 2017, they have been two of the three worst-performing sectors since."