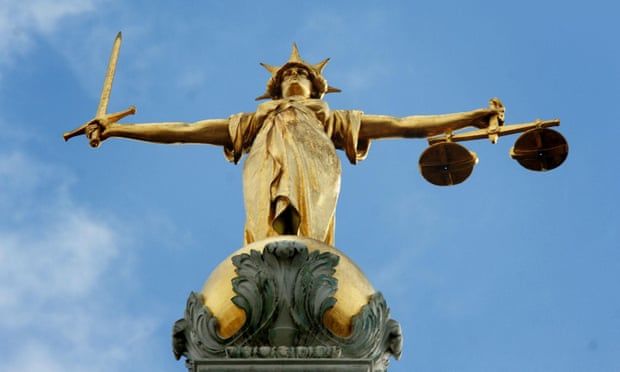 Free speech amendments have been tabled for inclusion in anti-corruption legislation due before parliament next week, after ministers promised to reform Britain’s legal system to prevent “intimidation lawsuits”.

The Labour MP Liam Byrne and the Conservative MP David Davis tabled two amendments to the economic crime bill, which will be put to a first vote on Monday.

In a joint statement on the amendments, they said: “We’re determined to build a cross-party coalition to ensure the reforms before parliament, designed to expunge from London the problem of dirty money, ensure that oligarchs of any nation can no longer use the English legal system against ordinary citizens, journalists and civil servants to silence free speech.”

The first amendment would require the government to institute an inquiry into so-called Slapp (strategic litigation against public participation) cases intended to intimidate journalists and campaigners.

The second would protect an individual disclosing otherwise confidential information from the offshore property register, if they could show the disclosure was in the public interest.

The main measure in the economic crime bills is the creation of a register of individuals owning UK property through offshore companies and other secrecy devices. The purpose of the register is to make it harder for criminal elements and corrupt foreign officials to launder money through London’s property sector.

During a parliamentary debate on Russian sanctions on Tuesday, MPs accused three solicitors, Geraldine Proudler of CMS, Nigel Tait of Carter-Ruck and John Kelly of Harbottle & Lewis, of deliberately filing oppressive legal actions against an investigative journalist in an attempt to intimidate her. Similar allegations were also made against the barrister Hugh Tomlinson QC.

The justice secretary, Dominic Raab, promised on Thursday to bring forward proposals to change the English legal system so as to prevent Slapp cases.

There is no established legal definition of a Slapp case, though they are typically considered to refer to cases intended to deter criticism or scrutiny by exploiting England’s enormously expensive court system to harass journalists with legal costs.

The four lawyers accused by the MPs of abusive practices in parliament were involved in simultaneous legal actions against Catherine Belton, the investigative journalist and former Moscow correspondent of the Financial Times.

Belton published a highly acclaimed book, Putin’s People: How the KGB Took Back Russia and then Took on the West, which documented Putin’s consolidation of domestic power and his relationship with Russia’s oligarchs.

The book was publicly endorsed by the Russian opposition leader Alexei Navalny. The four lawyers all assisted various legal cases filed against against Belton or her publishers Harper Collins on behalf of different Russian clients.

Both Kelly and Tait said it was unfair to describe their legal work as Slapps, because such cases were generally defined as being groundless, while Belton and HarperCollins had settled complaints from their respective clients Roman Abramovich and the oil firm Rosneft. The lawyers said they had not coordinated their respective legal actions.

Further allegations were also made against Proudler, who sued the anti-corruption activist Bill Browder on behalf of a Russian police officer in 2013 after Browder accused him of participating in a fraud on his investment firm, Hermitage Capital Management.

In the January debate on abusive litigation practices, Byrne said the police officer’s annual salary at the time he hired Proudler was between £15,000 and £20,000, while her legal firm charged £600 a hour. Byrne said the officer failed to pay his legal bill after losing his case.

“There must be some kind of weakness there, which we need to fix if we are to ensure that lawyers can genuinely understand the source of the money that is paying their bills,” the MP said.

Proudler did not respond to questions from the Guardian about the allegations made against her in parliament. She resigned this week from both the board of the Guardian Foundation, the charitable arm of the media group’s parent company, as well as from the Scott Trust review panel, which adjudicates editorial complaints.