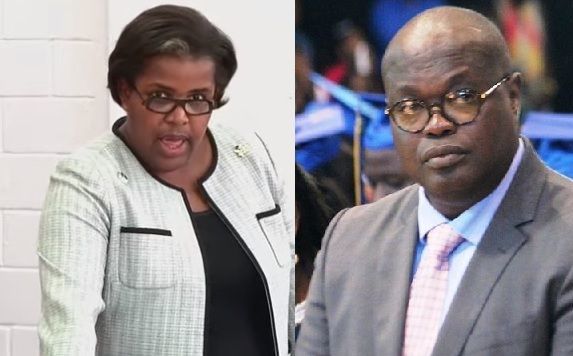 Speaker to take on AG Smith in court over CoI lawyers

Attorney for Speaker of the House of Assembly Hon Julian Willock, Mr Richard G. Rowe, intends to use Attorney General Hon Dawn J. Smith’s own words against her in an upcoming court appearance in the matter involving the alleged illegal practice by three attorneys from the United Kingdom (UK) on the Commission of Inquiry (CoI).

This is after Attorney General Smith did not grant consent to the Speaker of the House of Assembly to move forward with an injunction that had already been filed in the court, to bar the three UK lawyers, Bilal M. Rawat, Rhea Harrikissoon, and Andrew King, from continuing to work with the CoI before they were called to the BVI Bar.

Justice Adrian Jack had said that the only thing missing to enable the injunction to be heard was the consent of the AG, as Hon Willock had no legal standing to carry forward the injunction on his own.

Injunctions are usually brought by the Attorney General or the Director of Public Prosecutions.

In a ZBVI 780 AM interview this week, Mr Rowe said despite penning a letter to AG Smith for her permission, “she gave no response to his letter.”

As a result, Mr Rowe said without the AG’s consent and Justice Jack’s order, the decision was made to withdraw the application.

“We will be taking an action against the Attorney General for a declaration from the court that her appointment of these persons to the CoI before they have been admitted to the Bar, is void. It should never have happened, so it should be treated as void,” he remarked.

AG Smith has agreed that the trio hired by the UK breached VI’s law, specifically, the Legal Profession Act of 2015.

During the June 14, 2021, hearing of the CoI, it was revealed that Bilal M. Rawat, acting as Counsel, and Andrew King, along with Rhea Harrikissoon, acting as Solicitors, have been practising law in the territory without being first called to the BVI Bar, in breach of the laws.

CoI Commissioner Sir Gary R. Hickinbottom then defended the trio, indicating that they did not need to be admitted to practice law in the Virgin Islands in order to carry out their duties; however, he still directed that they take steps to be admitted anyway.

In a July 8, 2021, correspondence to Attorney Michael J. Fay seen by Virgin Islands News Online (VINO) on the matter, AG Smith said with regards to the issue, the law is clear.

According to Smith, while quoting the law, “(1) a barrister or solicitor appointed by the Attorney General under section 13 of the Commissions of Inquiry Act (COIA) should be admitted to practice law in the Virgin Islands,” he said.

Additionally, the Attorney General indicated, "no person should use any name, title or description which implies that he or she is entitled to act as a legal practitioner in the Virgin Islands unless his or her name is registered on the Roll maintained by the Registrar of the High Court under section 10 of the Legal Profession Act.”

AG Smith said she believes that for that reason, Mr Rawat, along with King and Harrikissoon, should be admitted to practice in the Virgin Islands if they are to perform duties as counsel and solicitors to the Commission of Inquiry established on January 19, 2021.

“They have now applied to be so admitted, albeit belatedly,” she said.

The Attorney General said the correspondence has further said that she would not object to the applications when they come on for hearing.

“ I have already informed the Court and counsel for Mr King and Ms Harrikissoon accordingly and will do the same in respect of Mr Rawat," she said.

Further, the AG in correspondence said it was regrettable that the applications for admission were not made and dealt with before the trio commenced worked in the VI.

CoI lawyers not yet off the hook!

Meanwhile, in the case brought by House of Assembly Speaker Hon Julian Willock and the Deputy Speaker of the HoA, Hon Neville A. Smith (AL), the two object to applications for the three CoI lawyers being admitted to formally practice in the VI on the basis that the Applicants have been practising law in the Virgin Islands since March 2021, in breach of the Legal Profession Act.

The Speaker and Deputy Speaker also objected on the ground that the three held themselves out to be Barristers and Lawyers despite not having being admitted to practice law in the territory.

The matter has since been adjourned to October 26, 2021, in the High Court by Judge Vicki Ann Ellis. 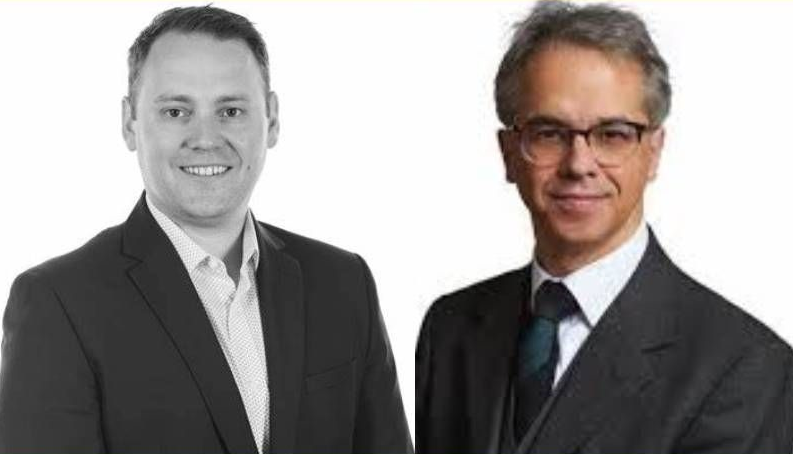 Andrew King, left, and Bilal M. Rawat, right, are two of the three lawyers currently assisting the UK-sponsored Virgin Islands (VI) Commission of Inquiry (CoI) and have been accused of practicing law in the territory while not being called to the BVI Bar, a violation of the Legal Professions Act 2015.

Attorney Richard G. Rowe, right, has said Silk Legal, representing Speaker Julian Willock, will be taking an action against the Attorney General for a declaration from the court that her appointment of these persons to the CoI before they have been admitted to the Bar, is void.