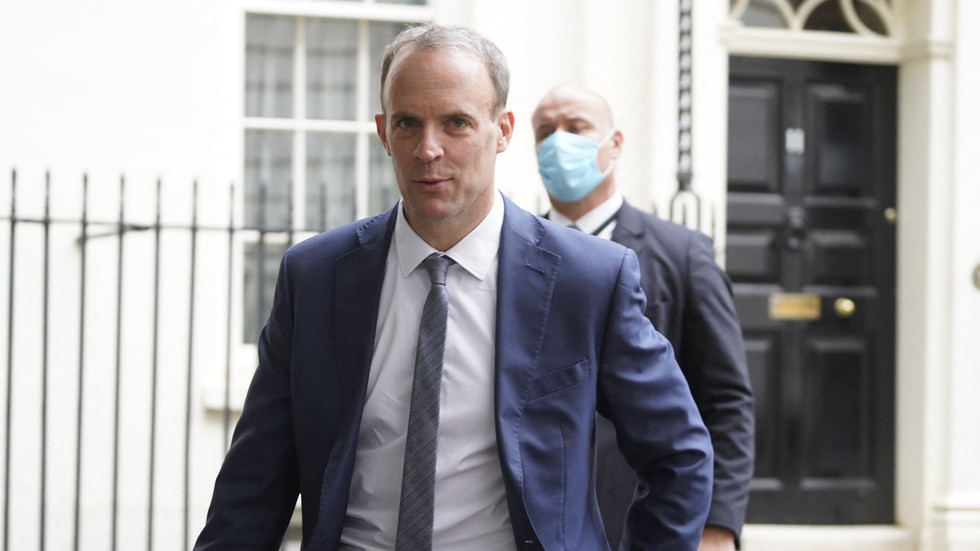 ‘All within rules’: UK govt defends Foreign Sec Raab for meeting Princess Anne maskless & not quarantining after trip to France

UK Foreign Secretary Dominic Raab has come under fire for skipping self-isolation after returning from Paris and hanging out with Princess Anne instead. The government has said the official did not break any regulations.

Raab’s trip abroad was “within the rules”, a Foreign, Commonwealth and Development Office official said in a statement to UK media.

“It is his job to pursue the UK’s interests abroad, including on security, trade, and international development,” the spokesperson said.

The MP came under fire after the Sunday Mirror revealed that, on July 26, he went to Paris for talks with his French counterpart, Jean-Yves Le Drian, and two days later, met with Princess Anne, 70, at a packed reception event while not wearing a mask.

Until recently, ordinary people in the UK had to quarantine for 10 days after visiting France, but it has become apparent that senior officials such as Raab are exempt from the rule.

"Senior Conservatives are taking the public for fools. It’s always one rule for them and another for everyone else."

The government’s top climate change official, Alok Sharma, was also criticized this week, after the media reported that he had visited more than 30 countries since January, including those on the high-risk ‘red’ travel list, without being obliged to take self-isolation precautions afterwards because of his role as a crown servant.

Christina Pagel, a member of the Independent Scientific Advisory Group for Emergencies that seeks to provide the government with politically neutral coronavirus advice, told the Mirror that “Cabinet ministers aren’t immune from Covid”. She added that the biggest current threat to the country’s response to the pandemic was the arrival of the more contagious Beta variant of the virus from France.

Last month, the UK unexpectedly designated France an “amber plus” country, meaning that millions of UK and French citizens holidaying or living across the Channel had to self-isolate on arrival, despite being fully vaccinated. The decision was made after the Beta strain was discovered on Reunion, the small island off Madagascar – and 9,180km (5,700 miles) from Paris – that is an overseas territory belonging to France.

France was moved from ‘amber plus’ to ‘amber’ on Sunday, which means the fully vaccinated and minors no longer have to quarantine on arrival.